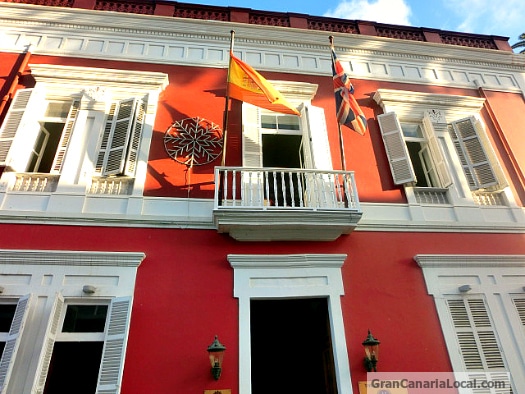 We first visited The British Club as RTN Canarias’ Las Palmas de Gran Canaria correspondent. Where we met up with the then club president, David Bramwell. Who revealed, amongst a monster portion of nuggets, that he’d once been a bouncer at Liverpool’s The Cavern Club. Meaning he was on first-name terms with The Beatles.

The majority of expats live in the south of GC.  So, The British Club made sense as the launch pad of Going Local in Gran Canaria: How to Turn a Holiday Destination into a Home. Except, as we discovered in publicizing the event, of around 300 members only 150 have email addresses. Which gives you a clue as to the average age of membership. In the end, more Canarians turned up than Brits and in the Q-and-A session Mr Gran Canaria Local found himself being asked questions and, indeed, providing answers in Spanish.

Although he’s been asked to become a member, Mr GCL has, so far, not taken the club up on their invitation. Largely because of the opinion of Groucho Marx, that he doesn’t want to belong to any club that will accept people like him. Still, he’s been an irregular face at the regular events, the likes of Dickens Night, which saw the British Club commemorate the bicentenary of the birth of Charles Dickens.

Mr Gran Canaria Local has been a rather more regular attendee of the Poetry Evenings. The last themed one was about animals. He duly pitched up with a copy of Alfred Lord Tennyson’s The Eagle. Only to end up reading Adrian Mitchell’s A Puppy Called Puberty instead. Which seemed to go down well with the night’s mainly female readers and listeners.