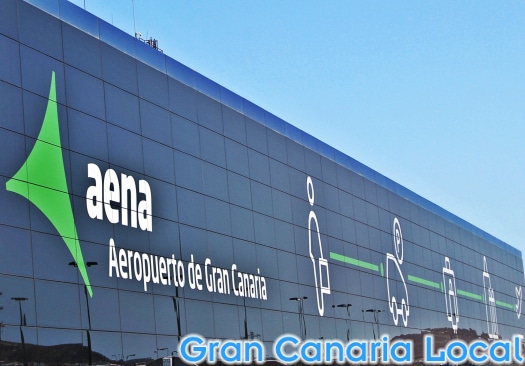 Yes, we know we’re your favourite gateway to coastal, rural, and, indeed, urban Gran Canaria. But if you want to explore Gran Canaria physically as well as vicariously, you’re going to have to arrive. And using Gran Canaria airport is by far the most popular option.

Gran Canaria airport has changed somewhat since the Gran Canaria Local family moved here back in 2004. For the better. For an up-to-date guide to an airport otherwise known as the Aeropuerto de Gran Canaria, look no further than ours.

Gran Canaria airport started life as a Spanish military air force installation on the east of the island’s Bay of Gando. These days, it’s the busiest airport in the whole of the Canary Islands. With a number of passenger airlines flying into LPA.

Aeropuerto de Gran Canaria fall three letters short of offering an A-Z of airlines. Extending from Aer Lingus who fly into GC from Cork and Dublin to WOW air who offer seasonal flights from an altogether chillier island: yes, Iceland. Other airlines to serve Gran Canaria include easyJet, Norwegian, Ryanair, and Vueling.

If you’re flying in from the UK or non-Spanish destinations, you’ll step through into Arrival Halls 2. This is located on ground level 0. Which is also home to Passport Control and Customs, along with Lost Baggage.

In some surprising advice, after landing we recommend you don’t (through force of habit) walk past the touts positioned before the exit. The flyer they’re handing out actually includes a handy map of the island along with some money-off vouchers for entries to two of the biggest theme parks on Gran Canaria: Aqualand Maspalomas and Palmitos Park. And if the touts aren’t out and about, this promotional literature will be easy to pick up from a prominent display.

Go local on the hire-car front with TopCar or plump for an international brand such as Hertz. Global run regular buses south to the major resorts 25km away and the 18km north to capital Las Palmas de Gran Canaria. There are also shuttle buses and a taxi rank, whilst the likes of Bohemia Suites & Spa offer a free VIP airport transfer if you book a minimum five-night stay.

2. Fly out of Gran Canaria airport

If you choose a long-term stay on Gran Canaria over a short-term one, you might want to explore the other Canary Islands. A great way to island hop is by plane. Binter fly to El Hierro, Fuerteventura, La Palma, Lanzarote, Tenerife North, and Tenerife South, along with destinations rather further afield such as Banjul, Lisbon, and Marrakech. Meanwhile, Canaryfly fly to Fuerteventura, Lanzarote, and Tenerife North.

You’ll find Departures on Level 1. Zone A’s for flights to the other Canary Islands whilst Zones B and C are for EU and Scandinavian flights. Meanwhile, Zone D houses outgoing international flight gates.

One of the many, many perks of residing on Gran Canaria is the half-price airfares you’ll be able to claim. Get a residents’ discount certificate which is valid for six months here. And if you have a family which includes at least three children you’re entitled to further savings thanks to the familia númeroso provision.

There’s a long-stay car park for you to leave your vehicle in. As there are in all the Spanish airports Aena operate. A cheaper option, though, is to use Estetic Park who provide a free ride to the airport after you’ve parked your car at their base in the nearby El Goro industrial estate.

Nowadays, you’re pretty well served on the food-and-drink front at Gran Canaria airport. Time was when you were limited to washing down the driest tortilla española known to man with local brew Tropical. Thankfully there are now more tastier treats to pair with this celebrated lager.

In departures, vegans will be pleased to find a Starbucks; one of the few cafés on the island to offer soya milk as an alternative to dairy. For a caffeine fix on arrival, hit Surf Cross. They also do tea, cake, and sarnies.

These days, there are a couple of snazzy Tropical bars in both arrivals and departures. Fast-food fans will appreciate Burger King (although there are fewer veggie-friendly items than on UK menus) and baguettes to go at Upper Crust, both in departures. For something more substantial before take off, head to one of the two O’Learys Restaurant and Sportsbar franchises.

For your daily shop, there’s a Spar supermarket at the ground floor of the public zone in arrivals. If you’re suffering from sunburn on your way home, the cooling properties of the island’s wonder herb aloe vera can be utilized in gel form at Aloe Plus Canarias. For cheap booze, fags, and fragrances, hit the Canariensis duty-free outlets; although you might find the likes of local Canarian wine such as El Grifo significantly cheaper if you buy in a branch of, say, HiperDino than at the last minute.

On the first floor of departures, in the public zone, you’ll find a chemist. Whilst in the passenger-only area of the same floor, Lava de Canarias specialize in traditional Canarian jewellery. Fashion’s dedicated followers should make a beeline to the joint GAP and Superdry outlet.

For books, newspapers and magazines, buy at one of Hudson News‘ four stores in departures. This is where you’ll be able to pick up a last-minute souvenir too. At Leocadia Matos Vera’s emporium of Canarian knickknacks.