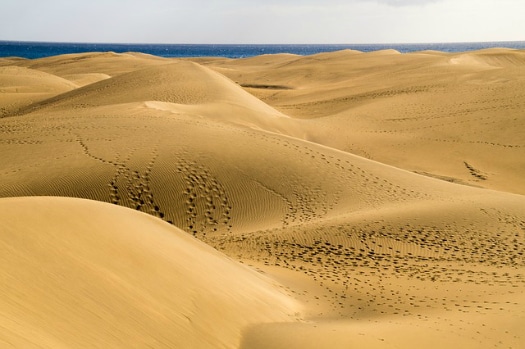 2016 is a year which saw the island’s coffers swell. For this has been the year which brought Gran Canaria’s record summer season. With more tourists coming to our shores in verano than ever before.

According to local newspaper, La Provincia, 20% more tourists arrived on Gran Canaria between May and October this year than in 2015. As in 1.9 million of them, in excess of 326,600 than last year. The majority, representing more than a quarter of visitors, were British with 454,000 travelling from the UK to Gran Canaria; nearly 100,000 more than in 2015.

Other markets to show an increase were the German one, up 22%, and Scandinavia with a 8% rise. Tourists, on average, stayed longer on the island too. Over a week in the majority of cases.

Summer was reluctant to leave Gran Canaria. And so were the tourists. With non-traditional markets such as Italy recording a 63.7% increase of visitors to the island in October.

It’s not just foreigners who enjoy holidaying on Gran Canaria. Spanish tourists like to head over from the mainland and other Iberian islands. The October figure saw a near 10% increase in the number of Spanish visitors.

In related news, Vueling have announced a new route between Gran Canaria and Switzerland’s Geneva from July 2017. Flights will operate on a weekly basis. Adding to the connections between the island with Paris, Rome, Amsterdam, Zurich, and Nantes.