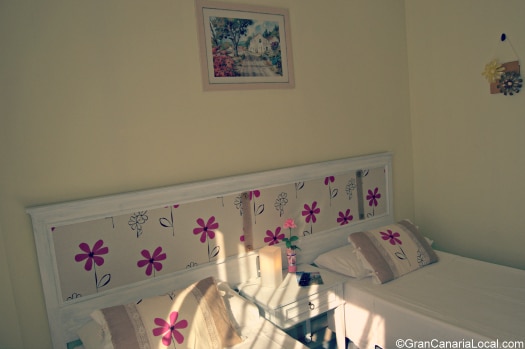 Half an hour away from the big, bad city of Las Palmas de Gran Canaria, you’ll reach the quieter, but nevertheless bustling, port of Puerto de las Nieves, one of The Guardian‘s top tips to discover a Gran Canaria a world away from its bucket-and-sand-brigade reputation. Follow the GC-2 to the north-west’s Agaete and you can’t go wrong. It’s here where’ll you’ll find Hotel El Cabo, a two-star establishment which offers comfort without the need to dig too deep into your wallet.

Agaete‘s divided into three parts. The village itself, its valley (Valle de Agaete), and port (Puerto de las Nieves). The latter was holding Bioagaete Cultural Solidario 2014 on our visit, so the Hotel El Cabo’s Puerto de las Nieves address was ideal. And don’t they know it, seeing as they raise prices at fiesta time, but only ever so slightly.

A Hotel El Cabo stay’s the very antithesis of an all-inclusive break in the southern resorts. What it lacks in amenities, it makes up for in setting. Head to the roof terrace, replete with hammocks, for a view of the municipality’s dramatic coastline.

The Hotel El Cabo has just 30 rooms. It’s bijou without the price tag. We loved the clean and crisp designs of rooms 309 and 311 which incorporated recycled materials, and didn’t miss the fact there wasn’t a pool or even restaurant. Especially as the beach and natural swimming pools were a mere hop, skip, and jump away.

Disclaimer: We were treated to a complimentary two nights and two rooms (Mr and Mrs GCL in one and the boys in the other) at Hotel El Cabo. And we’d return as paying guests. We were particularly impressed with the friendly staff who went out of their way to make us feel at home.