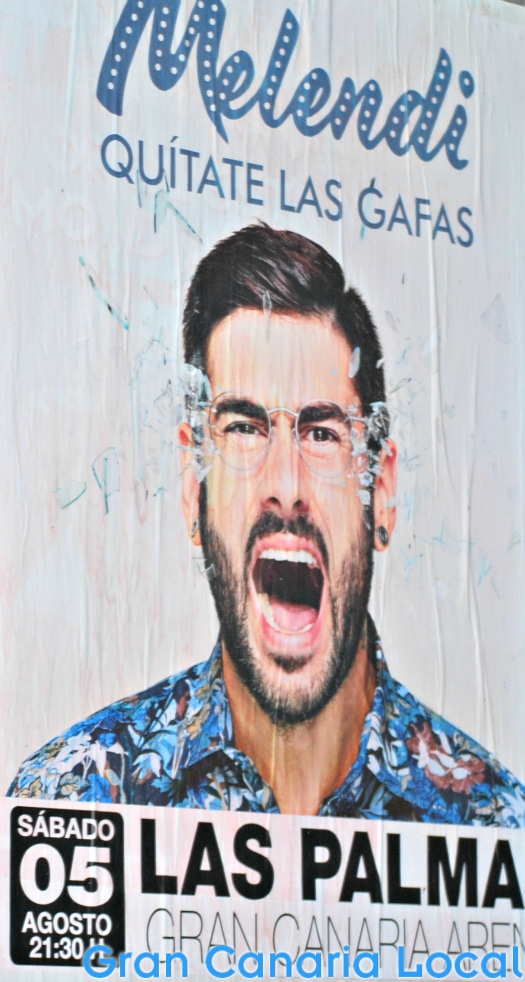 Want to take in a gig on a visit to Las Palmas de Gran Canaria? Although the island is very much the holiday destination of choice of northern Europeans, Gran Canaria’s southern at heart. Meaning that visiting artists tend to travel over from the Spanish peninsula: like the multimillion-selling Melendi.

As one of Spain’s bonafide musical superstars, Melendi’s no stranger to Gran Canaria’s shores. His national tours take in the country’s biggest cities which include Las Palmas de Gran Canaria. And so the capital’s cultural calendar this year will include a Melendi Las Palmas concert.

Melendi is one of Spain’s most commercially-successful artists but is generally well regarded by the critics too. Especially after ditching his early-career rumba-lite sound for an earthier, rockier noise. The authoritative All Music Guide liken the husky-voiced troubadour born Ramón Melendi Espina to compatriots Amaral although Melendi’s less influenced by folk music than flamenco, if anything.

Gran Canaria Arena’s on the way to CC Alisios, so you can head there by car using the GC-31 and GC-3, along the Carretera General de Norte, or taking the GC-5 and then GC-3. Blue Global bus services connecting downtown Las Palmas de Gran Canaria with suburban Siete Palmas number the likes of 205, 216, and 317. As well as yellow Guaguas Municipales’ 47 and 91.