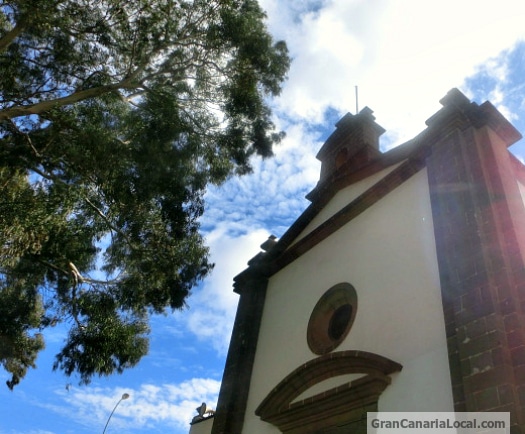 In San José the other day, we had a flashback. When we were young, we lived in Wollaton, posh Nottingham. All the youths from nearby inner-city Radford insisted they were from Wollaton. Whilst us middle-class kids told all we were from Radford. As is the way in Las Palmas de Gran Canaria with tourist trap Vegueta and next door’s San José, a blue-collar barrio.

Vegueta houses the iconic Catedral de Santa Ana, historic Casa de Colón, and pretty plazas. Whilst San José’s home to a cutesy iglesia, old-school houses, but also quite a few social problems. So, San José dwellers say they live in Vegueta’s 35015 postcode instead of their actual 35016 one.

One of the most striking buildings in the neighbourhood is its church. This started life as a humble heritage, before a late 17th-century neoclassical iglesia replaced it.  Once a home for craftsman, sailors, and servants, by the mid-19th century one third of San José’s residents were rural labourers. The 21st century has not been so kind to the area, with la crisis hitting hard. Although recent attempts to regenerate San José look to be working.

Two amateur teams, CD Vegueta Árbol Bonito and CF Union Peña, use San José’s 11-a-side Chano Cruz ground. It’s where this Saturday, the Gran Canaria Local family were cheering on our eldest, Dani. As his Cadete team beat CD Guiniguada Apolinario in a clash which was even feistier than the following day’s Chelsea-Liverpool one. Look below if you don’t believe us. And please excuse the partisan commentary.