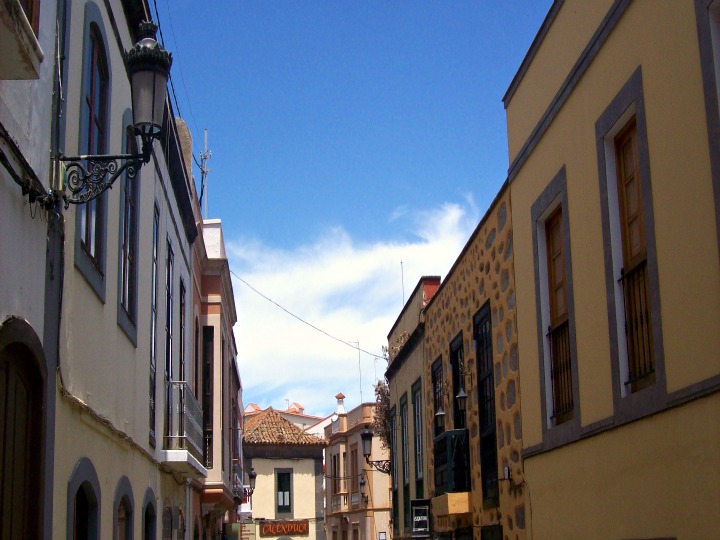 Nuthin’ but a G Thang

The bus driver looks perplexed. So do I as I attempt to pay my 1,65€ single to Santa Brigida. “Santa BriG-ida”, I enunciate slowly. Embarrassingly, despite living here nine years, I have to write the name down. “Ah, Santa BriHee-da,” he reads out loud with the softest of Gs, giving me a masterclass in Canarian Castilian phonetics.

The road to Santa Brigida

Global’s 303 wends its way past the main university complex, heading towards the centre of the island. It’s a picturesque route which takes in Las Palmas de Gran Canaria’s stockbroker belt of Tafira Alta and Monte Lentiscal. The latter feels like an out-of-season alpine resort, way up high but devoid of snow.

Although it’s no Bañaderos where the females of the native nobles used to retire to take the waters, Santa Brigida’s polideportivo, sports centre, boasts excellent swimming pools, sauna, and steam room. I used to go there on a Sunday morning with my two eldest sons after playing five-a-side-football, before the birth of their younger brother. I.e when waking up at seven o’clock of a weekend was considerably easier.

Afterwards, the boys would amuse themselves in the playground of the Mercadillo de Santa Brigida whilst I shopped. Despite not having the range of the market in nearby Vega de San Mateo, I never went away without a loaf of rustic bread. Along with a wodge of some local cheese.

If ever I return to playing five a side, I’ll follow up my cheesy purchases with a visit to the recently-reopened Casa del Vino. As well as a museum and restaurant, the House of Wine offers bottles to go. I can feel a cheese-and-wine party coming on.