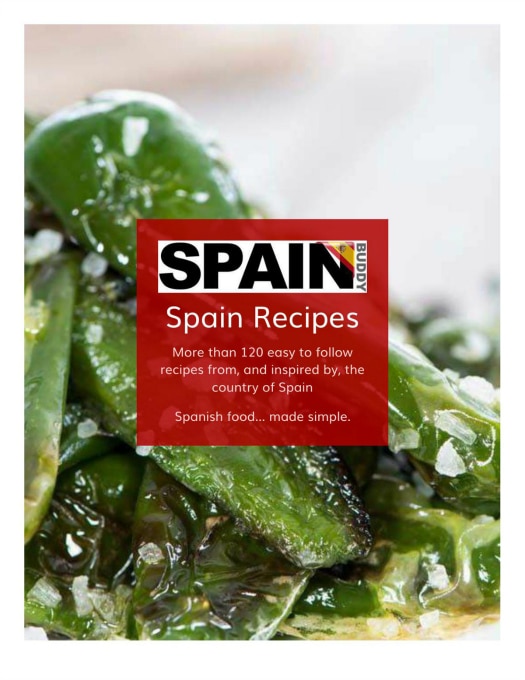 Have you ever returned from Gran Canaria longing to make the food you ate out there back in Blighty? We’re not talking English breakfast, guys but traditional Canarian cuisine. If so, you’ll be hoping the Spain Buddy Spain Recipes ebook ends up filling your virtual stocking this Christmas.

Looking to feel away whilst at home? Relive those magical meals you enjoyed on your Gran Canaria holiday with the help of the Spain Buddy Spain Recipes ebook. Allow us to tell you more about this newly-released publication below.

Elle Draper, co-owner of Spain Buddy and the author of Spain Buddy Recipes told Gran Canaria Local: “I’m a huge fan of Spanish food.” “One of the things I really love about Spanish cooking is that most recipes can be recreated using ingredients that most people have already stored in their kitchens, or can buy easily from their local supermarkets.” Before admitting: “I’m no chef – but I do love to cook and enjoy few things more than sitting around a table with friends, relish good food and a bottle or five of wine. This is why I’ve written this book – so that people like me can savour the wonderful flavours of Spain without any hassle.”

As you’ve probably discerned from the title, the recipes are not exclusively of Canarian dishes. However, that great staple papas arrugadas (new potatoes prematurely aged by wrinkling them in boiling, heavily-salted water) makes an appearance. As does its traditional partner in fine (dining), mojo rojo; although in the Gran Canaria Local household we’re rather more partial to the most orange variant of a classic condiment which has as many different versions as kitchens on the island.

Elle, who spent six years on Lanzarote before relocating to the Spanish mainland, also finds space for mojo verde. Although we’d argue with the author about her assertion this accompanies potatoes as much as it does fish. As we’ve seen it more often paired with goats’ cheese.

On the dessert front, huevos moles assures a happy ending to a meal. Essentially, this is the beautiful love child of Italy’s zabaglione and British school-canteen custard. For an added taste of the Canary Islands, we’d also include gofio (toasted cornmeal which forms one half of the legendary magic potion Canarian parents give their children, the other 50% being milk, to ensure they grow up big and strong) along with the additional toppings Spain Buddy recommends.

The Spain Buddy Spain Recipes ebook certainly is fresh as it became available to purchase as of yesterday. Currently, it’s buyable only in PDF format. Although, in future, you’ll also be able to acquire this ebook on Amazon’s .mobi.

Disclaimer: For the purposes of this post, we received a complimentary PDF copy of the Spain Buddy Spain Recipes ebook. We were one of a select few to receive this as an early Christmas present. But so taken were we by the quality of our freebie, we’d happily shell out for it when it’s released on .mobi.