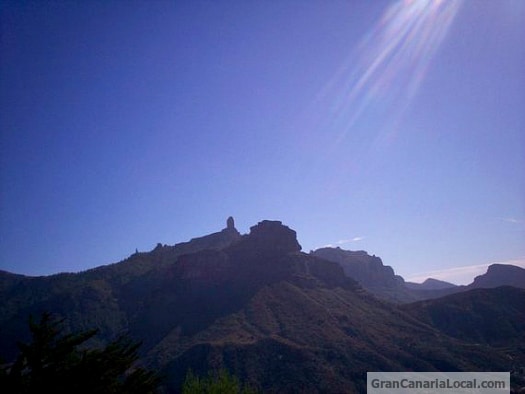 Wake up to wonder

If you lived within view of a sight as majestic as the Taj Mahal, would you ever tire of waking up to it? Having never resided close to one of the seven wonders of the world, although there are seven Canary Islands, it’s a question we can’t answer. But whenever we visit the centre of the island and Tejeda, it’s a question we can’t help return to. Especially when we stay at the Hotel Rural Fonda de la Tea.

In Tejeda’s case, Roque Bentayga above provides the majesty. This rock is big on so many different levels. For one, it denotes the birth of Gran Canaria as this monolith marks the spot where the first shield volcano rose from the depths of the sea to give rise to what emerged as the foundation of the island.

This icon of a basalt outcrop was the place where the canarii natives made their last stand against the Spanish invasion force.  Bentejúi, the ultimate Guanarteme (native king) in more ways than one, retreated here with his men. They threw stones and boulders over the advancing soldiers. But when the soldiers kept on coming, they withdrew and headed south, to the crags of Tirajana. Where they dove off the cliffs rather than give in.

It was whilst walking in the nearby Artenara area that we learnt of dictator Francisco Franco’s role in founding schools in rural areas. However, given the ageing/declining population, there’s now only one Tejeda primary school. Secondary-school children have to travel to Vega de San Mateo to further their studies.

What Tejeda lacks in schools, it makes up for in plazas. There are also churches, museums, and a post office. Along with almond trees, whose blossom is celebrated in a local fiesta. But, best of all, is the Hotel Rural Fonda de la Tea, truly able to offer you a room with a view.