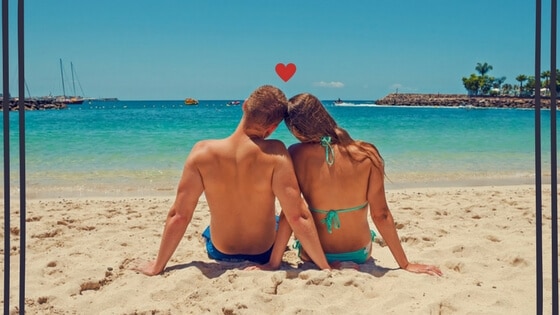 Looking for things to do in Gran Canaria? Believe it or not, the island’s more or less the same size as London. And just like in the British capital, you won’t lack for activities to make your holiday an unforgettable experience as our comprehensive guide will reveal.

Hit the beach on Gran Canaria

There are more than 80 beaches on the island and contrary to reputation, they’re not all sandy. They range from the north-coast local favourites like Sardina del Norte, a favourite with scuba divers as the Atlantic is at its most pacific here with the calm waters making it a popular place to learn to dive with the likes of Buceo 7 Mares, to the south-coast duo of Playa del Inglés and Maspalomas (effectively one long beach as the latter’s iconic dunes actually start in PDI). In the wild west, you can only reach GüiGüi (actually two beaches with GüiGüi Chico confusingly smaller than the similarly misleadingly-named Grande) by boat or foot, making it the perfect spot for a skinny dip given the low numbers of people who make it there.

Beach lovers can feast in the east too. Telde is home to some under-the-radar playas. Such as Tufía (another scuba-friendly destination) which has the altogether gustier Aguadulce a next-door neighbour, Melenera with some of Gran Canaria’s best seafood restaurants, and La Garita complete with the Instagrammable Bufadero blowhole.

Las Palmas de Gran Canaria has five beaches to hop to and fro. The pick of these is arguably the island’s longest, the 2.8km-stretching Las Canteras which extends from surfer central La Cicer in the west, past snorkel-ideal Playa Chica to its east end’s rather more genteel La Puntilla. Native families with young children love Alcaravaneras because of its lack of waves, which also makes it a hit with kayakers.

Other things to do in Gran Canaria include edutainment. The museums on the island strike the right balance between teaching you and your family without boring you to tears of frustration. Like at the island’s very own science museum: Museo Elder in the capital’s bustling Parque Santa Catalina which feels more like a square than a park.

Over on the other side of town, olde-worlde Vegueta and its cobbled streets house La Casa de Colón which, despite its name, is not the property Christopher Columbus stayed in on his way to sailing the ocean blue in 1492 but rather the one in which the governor of Las Palmas de Gran Canaria (itself founded just 14 years earlier) at the time received him. Nearby, the Museo Canario includes physical evidence of the island’s inhabitants, in the form of mummies and skulls, who occupied Gran Canaria (then known as Tamarán) before the 15th-century Castilian Conquest.

You’ll find out more about these Berber-descending people, the canarii, at a trio of museos you can get to by taking the coastline-hugging GC-2 heading west out of the capital. The first you’ll arrive at will be (Santa María de) Guía’s Cenobio de Valerón which archaelogists disappointingly proved to be an old granary rather than the reputed convent accommodating the high priestesses of that pre-Spanish era, the harimaguada. Next up is Gáldar’s Cueva Pintada, with the Painted Cave the centre-piece of this archaeologicall park and museum which is still being dug for remains, followed by Agaete’s open-air mausoleum, the Necrópolis de Maipés; badlands which have provided a fertile archive for historians.

Eat out on Gran Canaria

Foodies will love our next tip regarding things to do in Gran Canaria. Recently the Canary Islands have established themselves as one of Spain’s culinary hotspots, following in the footsteps of the likes of the Basque Country and Catalonia. There are no shortage of interesting gastronomic experiences to try across the length and breadth of the island.

And you don’t even have to visit a restaurant to eat out in some style. Finca La Laja in Agaete Valley’s San Pedro is a coffee plantation, tropical fruit farm, and vineyard rolled into one. For €8, you get a tour of the grounds, glasses of award-winning wine, juicy Washington Naval oranges the size of which have to be seen to be believed, and the most northerly-produced cáfe in the world which tastes like chocolate and is served without milk or sugar.

Check out a Gran Canaria attraction

Considering the millions of tourists who visit the island every year, it’s no surprise to find there are plenty of Gran Canaria attractions dotted around the island. Beating the heat at a water park is another of the most popular things to do in Gran Canaria. Do so at Lago Taurito in Mogán or Maspalomas Aqualand.

If the latter, you can save money on entry by buying a two-parks ticket which guarantees you entry to Palmitos Park. This wildlife sanctuary includes birds-of-prey and parrot shows. Whereas’ Agüimes’ Cocodrilo Park is more rather than all about seeing the fearsome crocodile at close quarters.

Some of the greatest westerns were filmed in Gran Canaria. And travelling to the Barranco de Aguila’s Sioux City feels like stumbling into the set of a John Wayne movie. If you want to explore the ocean without getting your feet wet, Las Palmas de Gran Canaria’s Acuario Poema de Mar is the island’s only aquarium.

Make a night of it on Gran Canaria

The last of our recommended things to do in Gran Canaria is to check out the island’s nightlife. Playa del Inglés is a good enough place to start as anywhere else. In one evening, you can sample the fruity flavours available at Mono Shisha Bar, head to the top floor of the adults-only Bohemia Suites hotel for the most magical mixers at Atelier Cocktail Bar, and embrace the gay-friendly anything-goes scene at the Yumbo, by day a shopping centre; by night more of a meat market.

Also in PDI you’ll find Pacha, to tap into a more Balearic vibe. Or join the moshpit at Adrenaline Heavy Metal Pub in Cita Shopping Centre (shopping centres on Gran Canaria are as much a place to go out at night as shop by day). Upmarket Meloneras, meanwhile, is home to both stylish Aqua Ocean Club and The 19th Hole, the latter offering live music every night of the week.

Heading northwards along the GC-1 you’ll come across Bahía Feliz’s dinner-and-a-show offering Garbo´s which will have you belting out numbers from West End hits along with the performers on stage. Continue to the capital to make it to Erasmus fave, The Paper Club in Triana which has both club nights and gigs. Or join the jetset at El Muelle Deportivo’s Sotavento Club as the beautiful people of Las Palmas de Gran Canaria like to dance outside on the terrace whilst sipping the island’s favourite tipple: cubata (rum and coke).