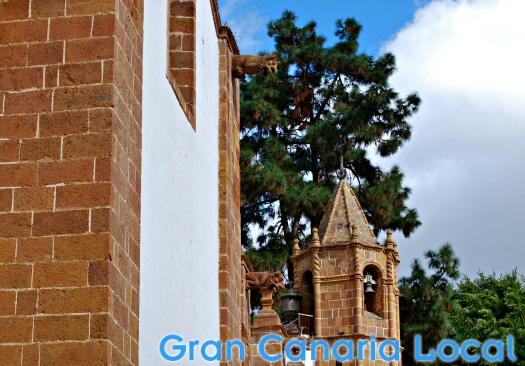 Want to make a break from your Gran Canaria resort? A complete contrast can be found in Teror which is very much off the holiday brochures if not quite the map. Just over 60km north of Playa del Inglés, you’ll feel you’ve travelled a whole lot further as you uncover a very different side to the island.

Teror’s the religous heart of Gran Canaria. It’s where the pilgrims progress on the island, along with (rather than alongside) those who walk GC’s very own Camino de Santiago. But there are other things to do here, as we’ll outline in our latest municipal guide.

Driving to Teror can be done in around 50 minutes from the aforementioned Playa del Inglés. It takes roughly half the time by car from capital Las Palmas de Gran Canaria and there are three Global bus services you can take to and fro there: the 216, 220, and 229. On the 8th September each year, you can join those making a pilgrimage on foot to the Basílica de Nuestra Señora del Pino from Las Palmas de Gran Canaria; like Mr Gran Canaria Local and brother in law Sergio did one year, after Serge pledged to do the walk after praying for the recovery of our Alex.

Just like Telde, Teror has enjoyed papal aegis. The latter’s came when Pope Pio X declared Nuestro Señora del Pino (Our Lady of the Pine) Gran Canaria’s patron saint in 1914. Two years on, the Baroque 18th-century church dedicated to the saint was upgraded to a basilica.

Since the 15th-century Castilian conquest, they’ve always been a religious lot in these parts. For in 1481, some Canarian shepherds sighted an apparition of the Virgin Mary atop a pine tree. When the pine tree was felled, the image disappeared but Mary’s spirit lives on in the church-cum-basilica constructed on this very spot.

For a more secular history of the area, step inside the Casa Museo de los Patronos de la Virgen which is conveniently located next door to the basilica. The patrons in question were one of the island’s ruling families, the Manriques de Lara. You can see how the other half lived, in a house museum whose decor was the height of fashion in the 17th century.

3. Eat and drink in Teror

There’s a strong connection to food and drink in Teror. Arriving by road to Las Palmas de Gran Canaria, you’ll smell the sugary confections made at Eidetesa including the donuts so beloved of GCL Junior. And see the locals heading down to fill up bottles for free with the famous spring water sold by Aguas de Teror.

Then there’s charmingly-named streets such as Camino del Castaño (Chestnut Lane) which offer an aerial view of the municipal capital. Not that it’s been much of a year for chestnuts or, as it turns out, avocados according to the natives chewing the fat both figuratively and literally at the main drag’s Bar Diego. This Calle Real de la Plaza institution is a great place to pair a cerveza with a tapa, although given how cheap the prices are; you’ll go plural on the ordering front.

Follow Calle Real down towards the basilica and you’ll reach Plaza del Pino, home to El Encuentro. The smoked El Hierro cheese here is a melt-in-your-mouth favourite. Elsewhere, Mr GCL warmed up after being caught out by a shower with hearty veggie-friendly broth at Bar Nuevo Iris.

Accessorize at El Rincon de Avi on El Riego, pick up downable and edible souvenirs at Manjares Isleños including watercress liqueur where Calle Real de la Plaza meets Calle La Herrería, and go boho in the treasure trove that is Buena Cosecha on the corner of Calles Real and La Escuela. Over the weekend, check out over 100 stalls at the Mercadillo de Teror. These house costermongers selling the sweet-tasting but clear-the-room smelling chorizo de Teror, the sausage you can spread on bread.

Friend of the site Frederick Cleverley recommends El Antojito. Located on Calle La Herrería, they’re purveyors of “chocolates & más delicias“. Here, according to Mister Cleverly, “the lovely Mar always has a new delicacy for us to try and buy for home.”

5. Stay over in Teror

This municipality is not a resort. So the holiday accommodation is rather limited, with the only hotel in the area the two-star, nine-bedroom Hotel JM El Pino. The municipality’s self-catering range from the central El Borbullon and Casa Rural Doña Margarita to the out-of-town Las Caldereras and the Finca de Osorio which houses the irregular retreat.

If your heart’s set on a longer stay here, check out the properties for sale at Inmobiliaria El Litoral. Where you might be able to find one of the gorgeous inner-village houses with wooden balconies. Or a rural abode with plenty of land.